We Need to Act Now to Fund Infrastructure Spending

Infrastructure rose to the top as the most important issue in the Greater North Dakota Chamber April 2018 membership survey, and it’s no surprise. Infrastructure serves communities across the country with systems that provide transportation, communication, water, sanitation and energy services. It is the life blood of our economy and it is the one issue both political parties support as a high priority for funding.

The importance of infrastructure is evident in our great state of North Dakota. We have a large geography and numerous products we need to transport into, within and out of our state. TrueNorth Steel alone averages more than 5,000 loads of inbound and outbound truck freight across our footprint per year and our products play an important role in our infrastructure. We transport raw steel from steel mills and service centers into our facilities. We then fabricate the steel into structures for commercial and industrial buildings, bridges and storage tanks, as well as corrugated metal pipe for drainage products.

North Dakota’s deteriorating infrastructure negatively impacts manufacturers’ and our state’s ability to compete in an increasingly global marketplace. Success in the current economic environment requires serious, sustained infrastructure investment leadership at all levels of government. Delaying these investments only escalates the costs and risks of an aging infrastructure system, an option that the country, North Dakota, and citizens can no longer afford. 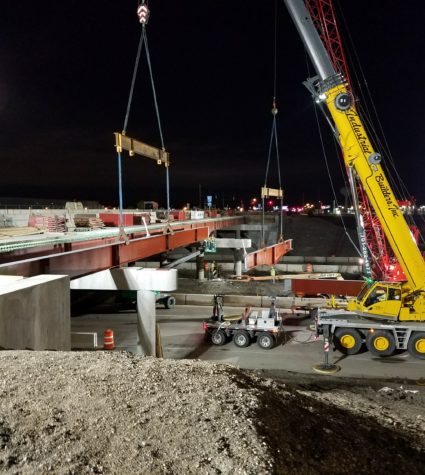 Since the 1990s, highway infrastructure funding has remained stagnant. According to Transportation for America, gasoline and diesel fuel excise tax are the main sources of funding for highway infrastructure and they have not been raised since 1993 or indexed to inflation. Since, the inflation adjustment increased by 69.4 percent as of 2017.

With the fuel efficiency of cars increasing, the fixed-rate fuel taxes have declined. To offset this loss of purchasing power, the National Surface Transportation Infrastructure Financing Commission issued a report in February 2009 recommending a 10 cent increase in the gasoline tax, a 15 cent increase in diesel tax, and a reform tying both tax rates to inflation. None of these efforts have resulted in increased funding.

According to Brian Raff, American Institute of Steel Construction, the funding formula has put 80 percent of the funding responsibility on state and local governments and private investors, a 60 percent increase and a share that was once the federal government’s. Where will local governments and investors these extra funds? That question is even harder to answer when considering the Department of Transportation’s 20 percent reduction in funding and the removal of federal requirements such as Buy American.

The Impact of Adequate Funding

Investment in infrastructure has a tremendous impact on our economy and improves our ability to compete in the global marketplace. Statistics representing the economic impact of infrastructure investment, based on a 2014 study produced by IHS Global for the Transportation Construction Coalition, include:

These examples illustrate the economic impacts infrastructure investments have on our economy. History proves that investment in infrastructure not only improves the quality of life for the general public, it has a positive impact on driving our economy and allows us to compete in a global marketplace.

Together, we need to develop solutions to fund infrastructure, including investing in resources from American companies. The risk to our economy and quality of life is too great to ignore and is why the issue has been elevated as a top priority by the North Dakota Greater Chamber.

We need to act now.

Keep up to date with us

Back To News & Updates