A Story of Success: Jamie Howard 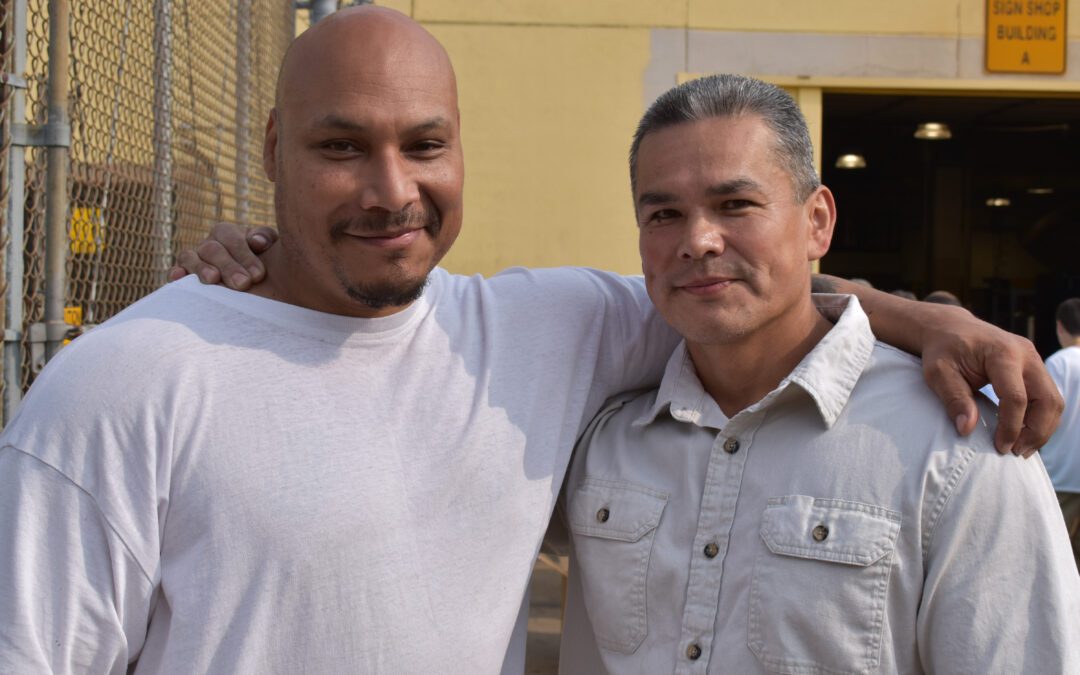 On August 6, 2021, Rough Rider Industries (RRI) held their cookout. But it wasn’t any regular event; RRI Director Rick Gardner had a surprise. As we walked through the gates, RRI workers slowly started to turn around and smile. A familiar face was walking toward them to greet them.

It was obvious Jamie Howard had made an impact during his nearly 20 years spent at North Dakota State Penitentiary (NDSP). But Jamie wasn’t there to come back to prison, he was there to tell his story of success.

Jamie currently works at TrueNorth Steel in Mandan, ND. He’s an outstanding employee and has a trusted friendship with his boss, who he even enjoys going fishing with. It’s Jamie’s hard work and dedication that allowed him to leave work and come speak with the men at RRI.

But it wasn’t always easy for Jamie. Once he got out, he had to work against barriers to even find a place to live. He said being honest about his past helped him secure an apartment and continue to keep moving forward.

“The opportunities that were presented to me I took full advantage of,” Jamie said. “My first six months out I held two jobs, just grinding. Didn’t go out, didn’t go fishing…”

He acknowledged that working for RRI helped him land his position at TrueNorth Steel, along with the mindset he made while at NDSP. “I’m doing good, but it was the skills that I learned from out here though, that’s what carried over for me out there,” he said. “They [TrueNorth Steel] did a presentation in here and I went to their presentation. I didn’t think I was going to end up there, but Rick spoke up for me. He asked me a couple months before I was getting out if I was still looking for a job.”

Jamie encouraged everyone to not rely on help, however. Even though the support is there, it needs to start with the person wanting it.

He continued, “It’s all about decisions. I made a decision to change who I surround myself with and it started in here. My change didn’t happen when I hit the streets. It happened five, six, seven years before then. I started working on what I am going to be ready for on the streets, what’s it going to be like when I get out, you know? All the ups and downs, the failures I’m going to face. And I faced some failures.”

As Jamie spoke, I looked around. Every single person was intently watching and listening to him. Many were nodding their heads in agreement. He was an inspiration as he told his story.

“I know there’s a lot of you that are in them shoes, you know, there’s a lot of you that say, ‘Oh, I’m going to change when I get out, when I hit the door, this is what I’m going to do different.’ No. It starts in here, man. It starts in your mind, actions, and everything else. Who you surround yourself with, what you do on a day-to-day basis. It’s discipline. Self-discipline is the number one thing. Because if I didn’t have that when I got out…man. I probably would have gave up.”

That self-discipline helped Jamie understand the importance of holding a job at RRI. “Coming out here every day, and sometimes I didn’t want to come, Mano knows that, but forcing myself to get up and struggle through it, set me up for success out there because it kept me in that workman’s mode instead of just laying around and doing nothing.”

And the million dollar question: “How does it feel to come back here?” asked a resident. “Maaaaan. There’s a sense of pride where I’m on the right side now. You know, I can come and hopefully share my story and hopefully some of you decide to take that path or decide before they get out or you know, whatever it is. Learn. Just change, man,” said Jamie.

“Yeah, there IS hope,” said Jamie